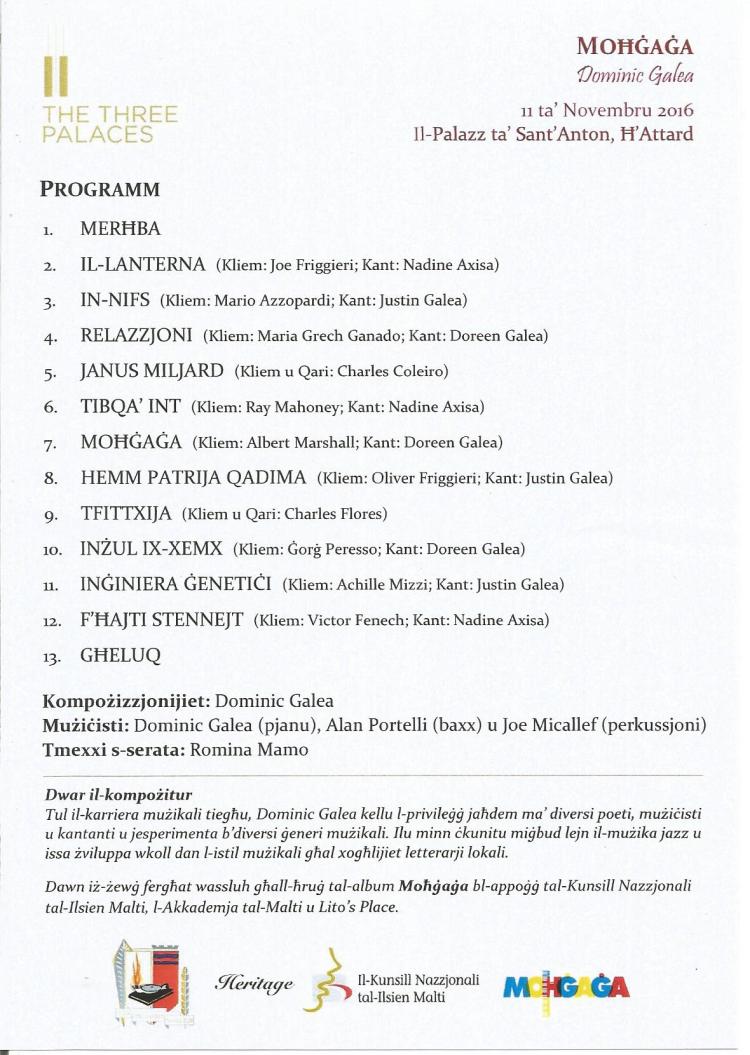 Dominic Galea’s Moħġaġa ventures into unchartered territory with this unusual jazz interpretation of some of the best-known works of Maltese Modernist poetry. This is a bold album in which the composer employs what he calls a “mild contemporary” (not traditional) form of jazz to negotiate the free verse of most of these poems. Without abandoning melody, the composer and his band come up with some unpredictable twists and turns. The composer’s Latin interpretation of Achille Mizzi’s poem “Inġiniera Ġenetiċi,” for example, is a gem.

Despite being better known for his work in the area of standard Maltese pop, Galea was brought up on a healthy diet of jazz and he considers it his idiom. To him, jazz is all about freedom and improvisation, and there are moments, some of the most memorable in these songs, when he allows his musicians free rein. But there is also a conscious attempt to bring in an identifiable structure, which is evident, for instance, in the way the poem is repeated towards the end of each song. This important project challenges the well-worn musical patterns and lyrics of mainstream pop in Maltese and hopefully clears the way for more daring interpretations, by Dominic Galea and others, of Maltese poetry.